Kids Cancer Support Group has always relied on the generosity of the public to raise funds to help assist us in achieving our goals.  We would love for you to #bethereasonKCSG is able to continue helping the families of Ward 3B by registering for HBF Run for a Reason as part of the KCSG Team.

To join our team it's just 4 simple steps:

Alternatively, you can select us as your preferred charity if you already have a team. 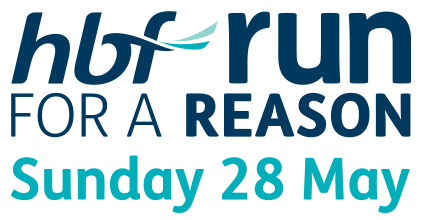 Team Leo have registered their own team, but nominated Kids Cancer Support Group as their chosen charity.  Currently, Team Leo are in 9th spot on the HBF Team Leaderboard having currently raised $2,269!

Diagnosed with Neuroblastoma three months before this third birthday, Leo has had five rounds of chemotherapy, surgery, two rounds of megatherapy with a stem cell rescue and still needs to have radiation to ensure that there are no more rogue cancer cells. 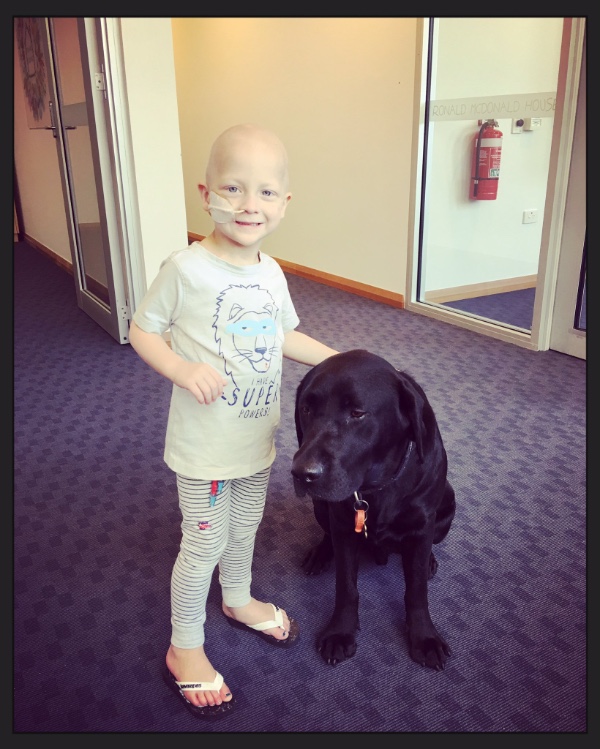 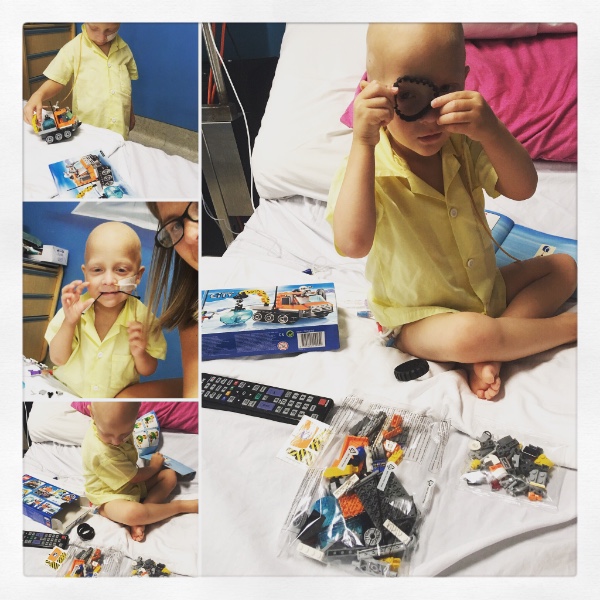 Leo LOVES the lucky dips prizes he gets to choose from after having a procedure in the treatment room and has quite a collection of toys and Lego from these. He also looks forward to the Gladiator toy trolley deliveries when he is an inpatient. 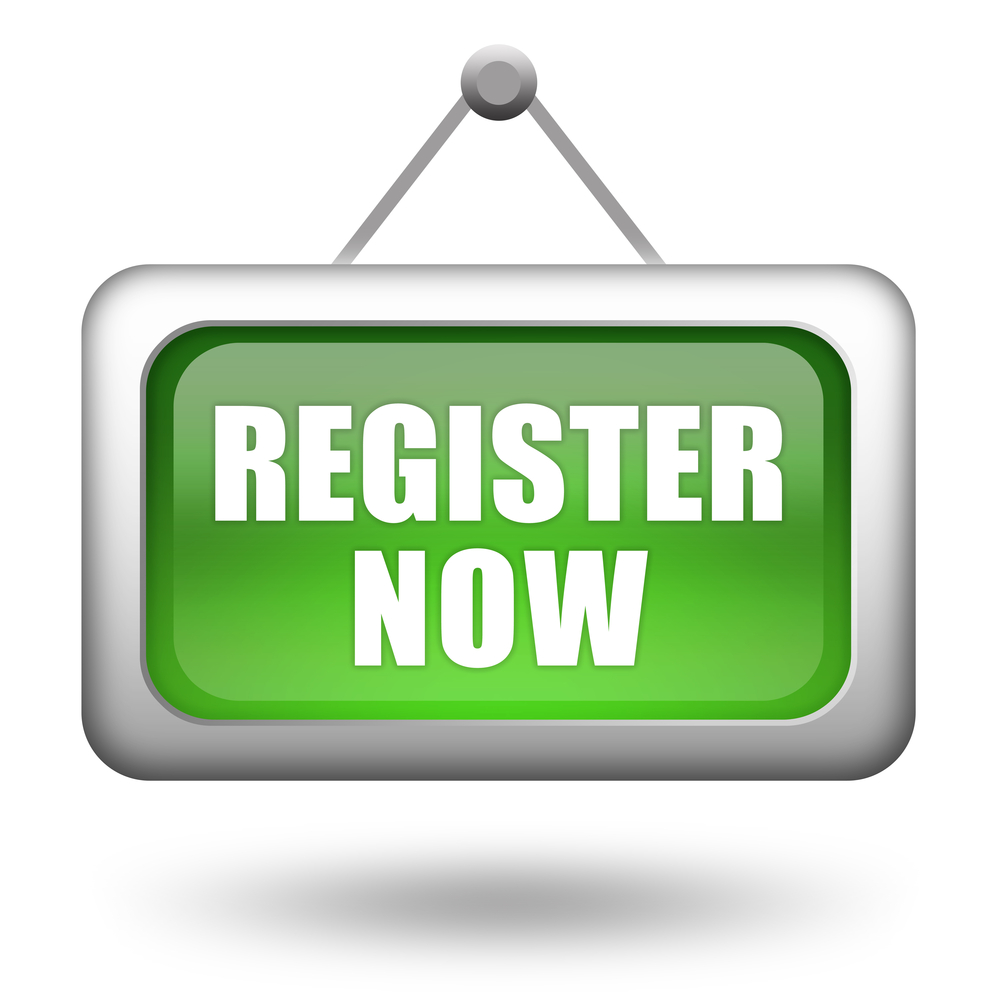 Please click on the "register now" button to join the Kids Cancer Support Group team and follow the instructions as above.

“How did you find out your child had cancer?” Most parents will be asked this at some point. The prevalent theme you will find is that it wasn’t easy, and the journey to diagnosis was long and frustrating. The frustration of parents who knew there was something wrong with their child and just wanted to be believed.

It is not uncommon that prior to diagnosis there are many visits to the family GP (or any GP they could get in to), and possibly trips to Emergency in the middle of the night when concern overshadowed sleep.  There’s a probability that the parent had to exert some authority with the professionals (AKA “chucking a wobbly”) before someone finally believed that they may be right. Finally, taking notice of their desperate pleading that something was wrong, and doing some further investigation.

Childhood cancer has many smokescreens it hides behind. Leukaemia can be masked by the symptoms of a common cold or flu. A double-edged sword if it’s winter and everyone has a virus.  Achy joints, swollen lymph nodes, fevers, feeling weak and tired. “It’s just a virus. Your child will be better in a few weeks.”

A brain tumour shields itself behind the guise of gastro, clumsiness, forgetfulness, and can also leave the child feeling tired and weak.  A child vomiting every time they wake up, or listing a little to the left when they walk. Often misdiagnosed. "It’s just an ear infection. It’ll pass.”

Due to the age bracket of children who are diagnosed, Sarcoma (Ewing’s and Osteosarcoma) can conceal itself behind the cloak of growing pains.  What pre-teen or teen doesn’t suffer growing pains?  If it isn’t that, you can bet the pain can be explained away as a minor sport injury. Unless there is a significant lump to be investigated, it can be a drawn-out process for the concerned parents.

Neuroblastoma, a tumour of the sympathetic system, can conceal itself behind gastro (Diarrhea is caused by the hormones released by the tumour).  On the flipside, “It could be constipation,” says the doctor, who palpates the tummy for a tumour they think is a bowel motion waiting to happen.

The truth of the matter is, the signs are there. It would seem that it’s a brave doctor who might decide to think outside the box of diagnosis.  Doctors don’t want to scare parents, they don’t want to raise concern.  But it doesn’t matter – there comes a point where a parent knows.  The niggling voice in the back of your head that you cannot shut off, telling you to keep on pushing.

Parental intuition is a strong force. As parents, we know our children inside and out.  We know how our children are when they’re unwell.  We can tell if there’s something more serious going on.  The little voice is there, but we try to push it aside, telling ourselves … "Don’t be ridiculous."

Even in those early stages, we ourselves, want to believe it’s simply a virus. The alternative is unthinkable.  But, as time passes and your child continues to be unwell, and you’re dismissed again by the doctor, you become stronger. Becoming their voice, their advocate. You know it’s more serious than you want. The voice that you try to ignore becomes a scream, a desperate scream that you can’t hide any longer. "Why don’t they know what it is?"

It’s lack of awareness.  Awareness in the community, and awareness by doctors.  People don’t want to know, or even consider that children get cancer. Creating awareness is borne from the pain.  The pain that is felt by the people it touches.  The very ones who become advocates.  The Childhood Cancer movement has gained momentum over the last few years, but it’s still a distant blip behind the other campaigns that flood the market.

It’s a fine line between raising awareness and creating paranoia.  The aim isn’t to have parents clogging up emergency wards with sick kids. One bruise too many … vomiting … felt extra sleepy that day … have gone off their food … complained of a headache … sore tummy … sore legs … persistent fever … the list goes on.  Most of these are stock standard for kids, and thankfully, usually nothing more than normal childhood illness.

We want to raise awareness so people are aware that childhood cancer exists, so concerned parents can have their child diagnosed quickly. Before the Cancer has progressed. Early diagnosis offers a better outcome for the child.

Parental intuition is strong.  We all need to listen to that voice in our head, the one that whispers or screams when we suspect something is wrong.  Advocate strongly for your child if you feel there’s something more than a normal childhood illness.

Don’t ever doubt your parental intuition.

Recently, I had the honour and pleasure of sitting amongst a group of mothers who made the very brave decision to take some time out for themselves, and attend our weekend Mum’s Retreat. They left their homes, their children, and most probably their comfort zones to link up with other mums who can relate to the experience of having a child diagnosed with cancer, and the fallout that ensues.

This was not an easy decision for most of them. For some, they may not have known any of the other mums. For others, there was the fear of leaving the care of their child in the hands of someone else, especially hard when still in the midst of active treatment. And for the rest, it was simply giving permission and acknowledging that, yes, it is ok to do something for themselves.

Kids Cancer Support Group (KCSG) is not a new charity. It has been around since 1983, however it has been flying under the radar for a while. Now, with a new dedicated committee, our direction is changing and we are excited about what we have on offer for the families of Ward 3B at Princess Margaret Hospital. The KCSG committee is a team of past and current 3B parents, so ‘we get it’, and it’s our experiences that help guide us with our agenda.

In a nutshell, KCSG is a ’distractionary’ charity (yes, this word is made up). We are here to distract the kids diagnosed with cancer, their brothers and sisters, and their parents from the daily grind that is cancer treatment.

Our three aims are to CONNECT, SUPPORT and ENRICH the lives of kids diagnosed with cancer and other blood disorders, and their families. We want to try and soften some of the speed bumps and hurdles our families encounter along the way. All three of these goals work hand in hand.

No one else will understand the impact of having a child diagnosed with cancer as well as other families going through the same experience. By helping to connect our families, it encourages them to talk about what’s going on. They soon realise that the feelings, emotions, turmoil and impact they experience are normal for this ‘new’ life. By making these connections we hope our families find comfort in a new support network.

Our enrichment comes from the events we have introduced to allow parents and kids (either the ones on treatment, or their siblings) some time out. We have run a number of very successful Mum’s Retreat Weekends, Dad’s Days Out, and school holiday activities over the last 18 months.

If you have found your way here, you are in the right place. Every person travels the childhood cancer road in their own way. Some choose to lay low, finding that minimal interaction with others works best for them. Whilst, others are more forthcoming, and happy to chat and engage. Many also find that the degree of engagement with other kids’ cancer families changes over time.

The bottom line is, there is no right or wrong way to get through this. We just hope that you keep KCSG in mind, and remember that we are here to support and assist you any way we can.

In order to help us plan our support, services, and events, we want to know who our families are. If you are a 3B family, please complete our family registration form by clicking the yellow button at the bottom of this post, or on our homepage.

A big THANK YOU to all of our supporters and families who attended our Star Wars screening.

If you have any pics from the day, we would love you to share them in the comments.

And a super BIG THANK YOU to our guests from 501st TAG Desert Scorpion Squad – Western Australia for helping us out.

It was an absolute honour to bring a bit of cheer to the ward by providing a nice warm Christmas dinner. Merry Christmas to all 3B families, especially those who don't get to go home.

Check out the nice, new play kitchen for outpatients at Princess Margaret Hospital. It has already proved a hit before leaving. Thanks to The Gladiators for heading to Ikea to grab it and build it.

Thank you to Wendy and Paul for raising $6,000 for KCSG at the Cole Cup in early October. Your support is appreciated and we will ensure that the money will go towards remembering Cole.